The 15 Most-Followed Tik Tok Influencers in 2022 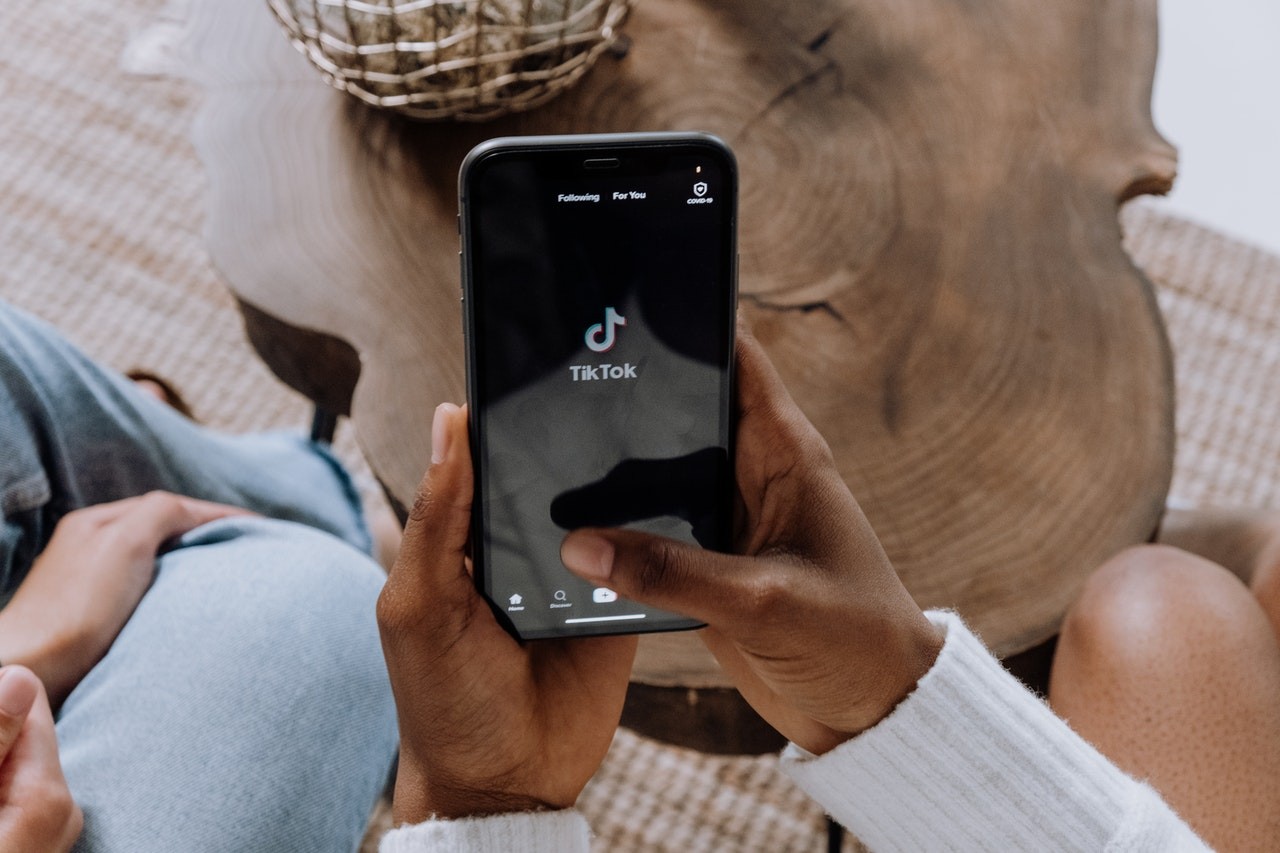 Do you know that in 2021, TikTok became the second most popular network for influencer marketing?

As more marketers tend to work with TikTok influencers, we decided to make an entire list of the 15 most-followed TikTok influencers. Some of them are celebrities, but most are individuals who reached the top through TikTok and TikTok only.

Check out the 15 most-followed TikTok influencers in 2022.

If you’re on TikTok, you’ve heard of Charlie. Charlie is the #1 TikTok influencer, with more than 137 million followers.

Charlie took over TikTok with her dance videos. She treated TikTok as an influencer platform from the very beginning, aspiring to become a top-rated influencer. Her videos quickly went viral, and in 2020, Charlie overtook Loren Gray, who was at that time the influencer with the most significant number of followers.

Once Charlie became known on TikTok, life changed for her. Charlie was contacted by prominent brands in different industries – fashion, beauty, skincare – all wanted Charlie! Her career as an influencer put her on the spot. Celebrities like the Jonas brothers collaborated with her, Noah Schnapp and Marchmello are YouTube stars who loved working with her. She even appeared in one Super Bowl commercial, and she became the first TikTok star to achieve such success.

Do you know any influencer who became famous without saying a word?

Well, now you do - Khaby Lame.

Khaby Lame was born in Senegal, but he’s raised in Italy. His story of becoming the most followed male TikTok influencer is the ultimate rags-to-riches story. It wasn’t the drive for fame and fortune that led Khaby to create his TikTok account. It was the opposite: in March 2020, he was fired from his factory job in Italy.

Khaby has quite an original way of gaining our attention: simplifying all the complicated things we do in our everyday lives, without saying a word. His style is impressive and funny; no one can stay indifferent to his TikTok videos. Ultimately, that’s what got him to have more than 133 million followers.

The best thing about Khaby? In January 2022, he signed a multi-year deal with Hugo Boss. Not bad for a guy who worked in a factory only two years ago!

Bella Poarch is another self-made TikTok star. She created her account in 2020, and she has 88.1 million followers. But, not many people know that she served in the US Navy before her career as an influencer.

Bella quickly became everyone’s favorite TikTok star. She started by creating lip-synching videos. Luckily for her, her musical talent didn’t go unnoticed. She appeared in many music videos and even made her songs into music videos - Build a Bitch and Inferno. Bella even appeared on Rihanna’s Fenty fashion show, proving to everyone that she’s so much more than just a regular TikTok influencer.

If you want to hire Bella for your campaign, your pockets should be pretty deep - $30,000 per post deep. But, Bella is highly professional and cooperative, so if you want to reach any of her 88.1 million followers, this is the best option to consider.

No list of TikTok influencers will be complete without the gorgeous Addison Rae.

Addison Rae is only 21 years old, but she’s just as famous as her colleagues. She created her TikTok account in 2019, and she published many dance choreography videos. Her videos quickly went viral, so Addison decided to continue building her audience.

She’s focused on becoming the go-to beauty and fashion TikTok influencer, and with her 86.7 million followers, she’s on a good way to achieving her goal.

Her TikTok fame brought her success outside of the platform. Addison is the first TikTok star that got a role in a Netflix movie. Plus, she appeared on one episode of Keeping Up With The Kardashians. Also, Addison has her line of fragrances, and in January 2022, she minted her NFT collection.

One of America’s top-performing TikTok comedians, Zach King, uses all of his talents to make his audience laugh.

Based in Los Angeles, Zach is one of those TikTok influencers who’s all about comedy. Even when he gained millions of followers, he didn’t change his MO – comedy.

Initially, Zach started with creating short comic videos on Vine, but he transferred to TikTok fairly quickly, winning the hearts of many. He has 67.4 million followers, and among the most supportive ones are his children and his wife.

Zach has been awarded many awards, including three Steamy Awards, YouTube’s NextUp Creators Contest, and Mr. Beast’s The Creator Games 3.

Charlie’s sister, Dixie, is another well-known TikTok influencer. Dixie and Charlie look very much alike, but when it comes to their TikTok profile, they use entirely different approaches.

Dixie is more focused on creating music videos. Not only that, but she’s a talented singer too - her debut single managed to be #1 trending on YouTube! Aside from her YouTube success, Dixie sang along with the Jonas Brothers and Ed Sheeran.

Just like Charlie, Dixie has partnered up with many brands, mainly from the beauty and fashion industry. Together, the two sisters earn around $28 million on TikTok, so it’s safe to say that they’re on the right platform!

Don’t be surprised by the sudden appearance on our list. While most of our influencers are people who have made it primarily on TikTok, Will Smith is everyone’s favorite actor.

Being as popular as he is, it wasn’t hard for Will to gain many audiences. Currently, 66.3 million followers are following him on social media. Will is all about recording comic videos of himself, and many of those include rare animals. Like the big fan of his safari life, Will enjoys being near dangerous and magnificent animals.

However, there’s an ongoing debate about celebrities on TikTok. Some users may argue that celebrities like Will Smith don’t need an account on a platform primarily created for online content creators. Many of them think that these celebrities, Will Smith included, have other ways to earn a living and that they should leave TikTok to the creators who can’t afford different ways of making money.

But, TikTok users got the last call. As long as Will Smith or other celebrities receive their attention, likes, and brand offers for promotion, TikTok will remain a platform for everyone – even top-rated stars.

If you don’t know Burak by now, you’re missing out on a lot.

Burak is an exceptionally skillful chef from Turkey who has one unique trait – his food preparation. He prepares traditional Turkish recipes, but above all, he’s known for his contagious smile. Burak is always cheerful and smiling, which is one reason why so many people follow him on TikTok.

Most importantly, what makes Burak exceptionally skilled is his food preparation process. He can prepare any food without one look away from the camera! That’s right; he doesn’t need to look at the food he’s preparing – he’s that good! Of course, he doesn’t always do this, but that’s all we need to know so we can never doubt his cooking skills.

Burak is loved among the TikTok community, with his 56.6 million followers.

This beautiful Mexican girl is the top TikTok influencer coming from Mexico.

But Kimberly was famous before the TikTok wave happened. In 2016, she recorded a yoga-challenge video of herself and her then-boyfriend and posted it on YouTube. The video went viral, and Kimberly became famous almost overnight.

What followed was another massive success on TikTok. More than 60 million people follow Kimberly, and she gains more than 9 million views per post. Most of her TikTok content is related to creating challenges, but she wouldn’t be where she’s at if she’s not promoting high-end brands.

If you’re involved in the music, beauty, or fashion industry, consider hiring Kimberly; she might be just the right TikTok influencer for your brand.

Loren Gray was once the #1 influencer on TikTok. It was all due to her presence on the platform long before it became popular. During that time, she gained the trust and likes of many of her followers.

With her gorgeous blonde hair and stunning figure, Loren can be the right choice for many marketers and brands. If you’re own beauty, fashion, skincare, or makeup, and if you need a top-rated influencer for promotion, Loren will give her best to advertise your products.

Loren creates lip-syncing video challenges, and she’s also a songwriter and singer with multiple songs and videos. Her TikTok videos receive more than 5 million views, which is still a satisfying engagement rate, considering that she has 54.4 million followers.

If you’re looking for one-of-a-kind musical talent on TikTok, Spenser is your guy. Spenser is an influencer who got famous for his beatboxing videos, covers, and original songs.

He became so big on TikTok that he even caught the eyes of TikTok founders. In 2020, the founders announced their welcoming into the prestigious TikTok Creator’s Fund, a place where top-rated influencers can earn even more money.

But Spenser didn’t stop there. Aside from gaining the likes of nearly 55 million TikTok followers, Spenser got noticed by celebrities too. Alicia Keys and Kendrick Lamar are just some of them; they noticed his unique beatbox talent, and he was invited to collaborate with them.

Most of his social media followers know him as JustMaiko, but his real name is Michael Le.

Initially, Michael got everyone’s attention by posting dance and choreography videos. With his dance moves and a great sense of dance, he quickly became the #1 male-dancer influencer on TikTok with 51.5 million followers.

Michael loves dancing so much that he even created a collaboration house in Los Angeles named Shluv House. He gathers everyone who wants to work with him in the house, plus his younger siblings. One of his greatest successes is the creation of a dance routine for Chris Brown’s song Came To Do.

Michael runs a photography blog when he’s not busy practicing his dance moves.

Another girl from Mexico on our list is Dominik. Dominik, or as her followers know her Domelipa, is a famous TikTok influencer. Like most influencers, she grew her TikTok audience by sharing lip-syncing, dance videos, or challenges.

But, what makes Dominik stand out from the rest of the influencers on this list is her entrepreneurial mindset. Dominik has her merge store. She mainly sells clothes for the gym and running, and she has her line of cellphone cases.

Dominik has 49.7 million followers, and almost all of her videos receive more than 5 million views.

The second celebrity on our list is Jason Derulo. We all know Jason Derulo from his joyful songs and even more exciting music videos.

But, in the last few years, Jason got pretty serious about building a career as a TikTok influencer. He has more than 50 million followers there.

Although many of us would agree that he’s using his account as another income stream, Jason Derulo would disagree on that. He says that even though he likes making money with TikTok, he uses the platform because it enables him to be himself.

The last celebrity on our list is The Rock, and his name suits him perfectly. His real name is Dwayne Johnson, and it was quite the rocky road for him to get where he is today.

Most of us know him from popular acting roles, always portraying the protagonist in a movie. But, before he took over Hollywood, The Rock was a wrestler for WWE.

Nowadays, The Rock is focused on sharing valuable fitness-related content. He’s considered one of the best fitness influencers and judging by his looks, we can’t doubt his insights!

These are the 15 most- followed TikTok influencers.

If you have the time, the resources, and the ideas, collaborate with them.

If you’re on a limited budget, there’s always an alternative - Brybe Influencers are here to help you make the most of your influencer marketing strategies.