The Top 10 Famous Instagram Influencers To Hire On Brybe Marketplace 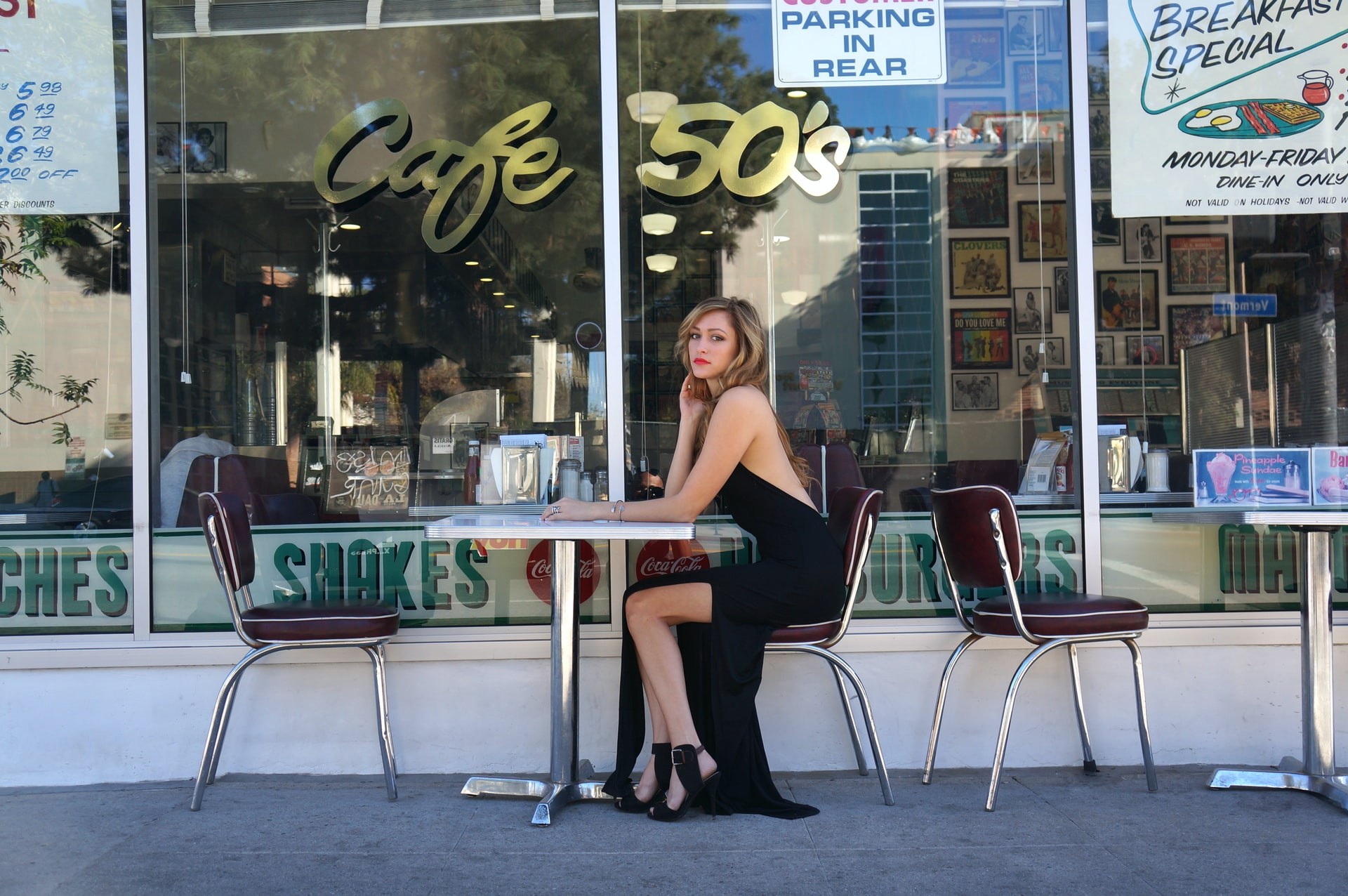 Some Instagram influencers are harder to reach than others.

Celebrities fall in this category.

Between their busy schedule, parenting lifestyle, tours, and travels, it’s challenging to get ahold of their whereabouts.

Luckily, Brybe got just the solution.

We present to you our top 10 famous Instagram influencers, ones you can easily reach through our Marketplace.

The total number of celebrity influencers on our platform is 153, but for this list, we choose the most famous influencers worldwide. All of them are exceptional at their jobs, but Instagram is just another way for them to increase their influence.

At this point, it’s a shame if you haven’t heard or acknowledged any of the success of this exceptional football player. We’re a big fan of Messi – he’s the first celebrity influencer you’ll see on Brybe; we’ve covered him in our previous blog post about celebrity Instagram influencers, and now, we have him as our first choice for an Instagram influencer.

Messi became popular when he joined Barcelona as a senior player. He played for that team for 20 years before he started playing for PSG. Even though he made his fortune mostly from being the master of football, Messi is also involved in many promotional campaigns.

His collaboration with Adidas is worth $25 million annually. Some other brands that have collaborated with Messi are Gatorade, Huawei Technologies, Pepsi, Mastercard, Turkish Airlines, Gillette, and many more.

It’s estimated that his ROI as a brand ambassador is $82.4 million. You can easily reach out to Messi’s agent via our platform and see if he’s available to be part of your promotional campaign.

Sergio Ramos is another football star we’re proud to have as an Instagram influencer on our platform. Sergio is known for his successful years as part of the Real Madrid club, where he played as a defender. Currently, he plays for PSG, where he has Messi as his teammate.

Currently, Sergio has 49.5 million Instagram followers. Most of his Instagram posts are about his football career, but he loves to publish photos of his children and his happy married life as a family man.

Ramos has been included in many promotional campaigns by big brand names too. He has been working with Nike for 14 years, a contract that brings him $2 million per year. Aside from Nike, he has collaborated with Nivea Men, Hugo Boss, Pepsi, Gatorade, and other brands.

Football stars are not the only sports influencers we have on our Marketplace. As one of the best tennis players of all time, it’s an honor to have Rafael Nadal on our platform.

Born in Spain, Rafael was blessed to have the right people around him – his uncles. They were the ones who pushed him to discover and develop his sports side. Rafael Nadal is like a magician with his tennis racket. He achieved every award in the tennis world, many of them more than once.

Outside of the tennis world, Nadal is quite the philanthropist and supporter of young tennis players. He opened The Rafa Nadal Academy in Manacor, Mallorca, in 2016. It’s a place where students can build a career as professional tennis players without quitting their academic studies.

As far as sponsorship deals, Nadal’s watch is what he’s most recognized for – the value is perceived to be around $725.000. Nadal has also collaborated with brands like Emporio Armani, Tommy Hilfinger, Banco Sabadell, etc. His 13.6 million followers make him a unique Instagram influencer, so if you want him on your next campaign, reach out to his booking agent via our Marketplace.

If you were raised in the ‘90s, Enrique was one of your favorite Spanish singers. With his dangerously soft yet compelling voice, Enrique won the hearts of many. Most of his singing talent comes from his father, Julio Iglesias. Enrique has his name signed on 11 studio albums, each equally successful.

Apart from being a talented singer, Enrique is a dedicated father and husband. He’s married to Anna Kournikova, one of the best female tennis players, and together, they have three beautiful children.

Suppose you’re one of his 16.4 million Instagram followers. In that case, you already know that he’s primarily focused on publishing music-related content – videos of his concerts, videos with fans, short music videos, and so on. But, if you want to work with Enrique for your next campaign, you can reach out to his booking agent via Brybe.

Spain is known for its singers, and Rosalía is definitely one of them. Rosalia started as a wedding singer, but she quickly rose to become an attraction in her hometown. Today, Rosalia can proudly say that her album has received a Latin Grammy Award - Album of the Year.

Rosalia has quite the fan base on social media. She has millions of followers on some of the most popular social media networks, but her Instagram accounts hold the most significant portion of the – 18.8 million followers.

In 2020, she became an ambassador for M.A.C. to promote the company’s latest product – the matter red lipstick, which, as the reviews show, is the perfect incarnation of Rosalía’s spirit. Contact her manager via Brybe.

Since she was just a child, Anabel was used to being on camera. She has cousins in the TV industry; her grandmother was a singer, so she discovered the fabulous lifestyle of music stars relatively young. Anabel is also a skillful makeup artist, and currently, she’s focused on building her career as a celebrity Instagram influencer.

Anabel has 1.6 million Instagram followers, which makes her a mega-influencer. She’s your #1 choice if you want to promote beauty or fashion products, gym and fitness products, or if you wish to utilize her beautiful voice for your brand. You can find her booking agent right here on Brybe.

If you were a teenager in early 2000, you were probably a fan of Ashley Simpson. Ashley is a multi-talented musician. She began her career in music as a ballet dancer and continued to follow her sister Jessica on her musical tours. Once she realized that she too has the voice and the musical talent as her sister, Ashley started to make a name for herself.

She has three studio albums with her name on them, and some of her singles were mentioned in popular music charts.

Ashley’s #1 social media network is Instagram, with over one million followers. Mostly, she likes to publish photos of her family and friends – her daughter is adorable! You can easily reach out to her via her manager or booking agent on our Marketplace Brybe.

Antonio Banderas almost didn’t make it as an actor. When he was younger, he wanted to be a football player. But during one of his training sessions, Antonio injured his foot and couldn’t play anymore. Luckily, he discovered acting during his discoveries, and his life took a different turn.

He has a rebellious reputation in the movie industry, but that didn’t stop him from landing successful roles. Over the years, Antonio received many nominations and awards, all from major award shows. His marriage with the actress Melanie Griffith is considered one of the strongest marriages in Hollywood.

Antonio is no stranger to promotional deals. He adores perfumes, and his perfume is worldwide recognized. The audience loves his dedication to the perfume industry, and many of his 3.1 million followers love when he shares his perfumes on Instagram

Another acting talent from Spain on our list is the gorgeous Penélope Cruz. Penélope was born in a family of artists, and all of them helped her build a successful career in the acting world. Even though she was a ballet dancer for nine years, her heart was set on becoming an actress.

Penélope won many awards for her roles, but the Oscar for her role in Vicky Christina Barcelona in 2008 is one of the most prestigious.

The actress is adored by many. The number of her Instagram followers is proof of that – 5.9 million followers. Over the years, she has collaborated with famous brands like Swarovski and Chanel, and she appeared on the cover of magazines like Vanity Fair, Vogue, Elle, and many more.

Don’t miss out on hiring Penélope for your next campaign – reach out to her manager via Brybe!

Husband of Penelope Cruz, Javier Bardem is another gifted actor on our Marketplace. Born and raised in Spain, Javier had the luck to have parents and cousins involved in the filmmaking industry. When he was only six, he made his first appearance on camera.

But acting wasn’t his first career choice. Javier has a much more artistic soul; he loves to express his creativity through painting. Javier even attended art college, but he dropped out when acting more seriously.

No Country for Old Men is one of his best performances and one of the best portrayals of a psychopath on the movie screen. He even received an Oscar for this role. Together with Penelope, the two of them are the real representatives of love and dedication in Hollywood.

Aside from his passion for acting, Javier is quite a humanitarian and environmentalist. Protecting the Antarctic ocean with his brother is one of his latest conquests. If you want Javier to be part of your promotional campaign, preferably related to the environment, reach out to his manager right here on Brybe.

As we mentioned before, we have more of these celebrities on Marketplace Brybe.

Feel free to create your account, reach out to their managers, and see if they’re available for collaboration. If you need any help let us know!

instagram_influencers
influencer_marketing
Previous Post
Get Paid In Crypto: Brybe, The First Marketplace To Pay Influencers and Freelancers in Crypto
Next Post
Top 17 Instagram Influencers To Hire From Brybe [2022 Edition]